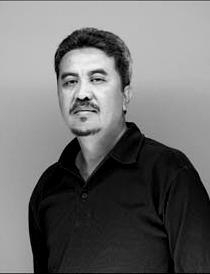 IN mid-2013, Silverfish Books published three books by Singaporean author Isa Kamari. These novels, A Song of the Wind, Rawa and 1819, were originally written and published in Malay (Memeluk Gerhana, Rawa and Duka Tuan Bertakhta), and the Silverfish editions were translated by editor and publisher Raman Krishnan (Song, co-translated with Sukmawati Sirat).

All three books are set in Singapore: 1819, which focuses on the relationship between Sir Stadford Raffles and the Muslim saint Habib Nuh, depicts the island at a time usually described (in much less lively and colourful detail) in text books; while readers under 50 would find it hard to picture the Singapore (of the 1950s, 60s and 70s) portrayed in Song and Rawa.

All three books are set in Singapore: 1819, which focuses on the relationship between Sir Stadford Raffles and the Muslim saint Habib Nuh, depicts the island at a time usually described (in much less lively and colourful detail) in text books; while readers under 50 would find it hard to picture the Singapore (of the 1950s, 60s and 70s) portrayed in Song and Rawa.

I found Rawa the most interesting because it is about the indigenous orang Seletar of Singapore, whom I had hitherto not heard of. Isa himself had only found about these people while doing research for his first novel Satu Bumi (1998 – it was translated and published in Chinese in 1999, and in English in 2008). ‘I mention them briefly in that novel,’ said Isa in an email interview, adding that he became more interested in the orang Seletar after reading an academic paper on them. ‘At that time I was intrigued by the discovery that they were not given status as citizens of Singapore even up to the late 1960s. Yet they are indigenous to the island and the waters around it.’

Isa’s interest in Singapore history spurred him to find out more. He researched the orang Seletar as well as the orang Kallang Biduanda, visiting Sungai Seletar, Sembawang and the northern shoreline of Singapore to find out more about the areas where these indigenous peoples lived. ‘That’s when I decided on Rawa as the title of the book,’ said Isa. ‘It means swamp.’

In Isa’s novel, Rawa refers not just to a place, but is also the name of its protagonist. At the start of the book, he is an old man, living in 1980s Singapore with his daughter, son-in-law and grandson. During the course of the novel, the reader travels back and forth through time as Rawa recalls his life, first as a bachelor, paddling in his pau (a canoe made from a hollowed tree trunk) and exploring swamps and forests with his friend Awang, and then as a young husband and father and so on, through various ups and downs, pleasures and tragedies, to his ‘exile’ to a Housing Development Board flat in Singapore.

Rawa is heartbroken when he has to abandon his carefree life in his pau and is inconsolable when, as an old man, he sees the site of his village transformed into the Lower Seletar Reservoir and Orchid Country Club golf course, a ‘playground for the rich’.

The book concludes with questions left unanswered and no resolution for Rawa. Isa he chose this sombre end because he hoped it would ‘invite readers to find out more about the people whom [Rawa] represents.’ He said, ‘I feel that we have forgotten about the Orang Seletar. Many do not know or bother that they existed and that some are actually living amongst us.’

The author feels that ‘pathos is the best way to grab the attention of readers and make them think deeply about issues’ (A Song of the Wind and 1819 also have less than cheerful conclusions). However, although his novels tend to have unhappy endings, Isa ‘always leaves behind traces of hope, and open up windows for readers to ponder upon to find their own meaning and relevance’.

For instance, the final pages of Song sees its protagonist Ilham in the throes of depression caused by lost love, poor grades and a brush with the authorities. Yet, there is the suggestion that brighter days are to come – the end of the ‘eclipse’ mentioned in the original Malay title.

But this coming-of-age tale is mostly far from gloomy. Much of Ilham’s boyhood is spent in a Malay kampung and his adventures with his friends are described with great gusto, good humour, and filmic detail. Who can forget the scene in which the village siren, Kak Leha, saunters into the bathhouse in a see-through nightie? It should be a movie starring Maria Menado! And those races with go-karts assembled out of wooden crates – will someone buy the film rights to the book already!

These English translations are a window into worlds that are all but forgotten, and make a case for more work to be translated. However, as with all translations, there is the danger of a novel losing its meaning in the transition from one language to the next. 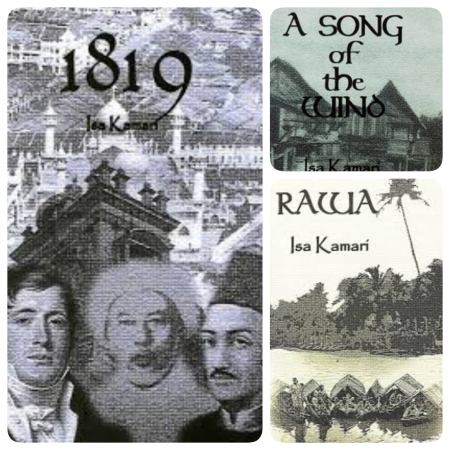 Said Isa, ‘There is always something that is lost in translation, but there is also much to be gained. I have always treated translation as a new creation, no matter how close or literal it is. Every language has a cultural code and it is impossible to present all that is present in one language in another without losing some elements or nuances. Nonetheless, for the same reason, some new meaning or perspective can be had through the transformation from one language to another.’

He feels that there are some Malay sentiments, words and phrases that are impossible to portray in English: ‘Take the example of translating Malay proverbs which I used extensively as introduction to every chapter and in many parts of Duka Tuan Bertakhta. Their literal translation into English sounds not only ‘funny’ but culturally alien to the native English readers. Thus, the translator and myself agreex not to include them in 1819.’

Seven out of Isa’s eight novels are now available in both Malay and English and he’s hoping that the remaining title, Kiswah, and his future work will be translated too so that they may reach a wider audience.

His next book, Selendang Sukma, explores the concept of natural religion (agama fitrah) as depicted by the religious practices of the Balinese people. ‘I juxtapose it with the current discourse on religious pluralism and extremism amongst Muslims in this region,’ said Isa. The novel will be out by the first quarter next year.

One thought on “Interview: Isa Kamari”