HELEN Oyeyemi’s stories never fail to surprise me. Just as some might expect certain kinds of characters, plots and themes from Asian authors, I have to admit that I tend to anticipate the shape and form of tales by African writers. A relatively new reader of Asian and African fiction, I still struggle with various preconceptions: Asian stories are inevitably and miserably tragic; African writing must reflect or be rooted in African life and culture. Complete nonsense, of course.

A big part of Oyeyemi’s success, at least in my eyes, is that her work is so unexpected, and so, so strange. And this would be true whatever her race.

Oyeyemi, who was named one of Granta‘s Best of Young British Novelists in 213, has so far published five novels and two stage plays. What is Not Yours is Not Yours is her first collection of short stories. You know that song Bewitched, Bothered and Bewildered? That’s how these tales make me feel: disturbed, disoriented, destabilised, yet utterly attracted and intrigued, their flippant tone, and complex, circuitous and digressive plots leading me a merry dance that feels both exhilarating and exhausting.

There are nine stories in this book, loosely linked by themes, motifs and recurring characters. Locks and keys, and their literal and metaphorical meanings, form threads that run through the book. In some stories, like books and roses, they are central to the plot; in others, they are an undeveloped detail. ‘sorry’ doesn’t sweeten her tea features a house in which the doors swing open of their own accord unless locked. There are hints of ghosts, and your curiosity is aroused, but Oyeyemi drops this plot strand and it seems like a tactic to me – that perverse drawing back to cause the reader to lean in, anxiously.

That anxious leaning in continues as, reading, one is pulled deep into worlds that are familiar yet cast with the hazy, otherworldly film of dreams. is your blood as red as this? is set in a school for aspiring puppeteers, and partly narrated by a puppet, leading to questions about who is really in control and pulling the strings. In presence, a couple conjure up the son they never had, ultimately losing more than they intended to gain. And drownings opens with “This happened and it didn’t happen” – shedding doubt on the meaning of every line that follows. Indeed, not one narrator in this collection makes you feel you can trust them, all coming across as either downright liars or, at best, delusional, prone to hallucinations, or just plain clueless. The result is that you are kept on a razor’s 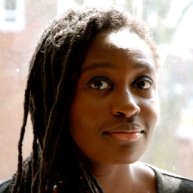 edge, between reality and, not fantasy, but a kind of harried dream state in which you wander aimlessly, yet with a sense of urgency: “I need to do something or the world will end, but I’ll only know what needs doing when I’ve done it.”

These stories are magic spells, incantations that must be repeated before their meaning is unlocked and revealed. That is to say, I believe several re-reads are necessary before you can begin to even guess at their significance. The prospect is exciting. Stories don’t have to make sense right away to work. They just have to make you want to keep reading and re-reading, dissecting and analysing. This collection does just that.