I finally got around to watching this Korean film, by Hong Sang-soo, about a young actor trying to recover from her affair with a married director. I love such slice-of-life films, with lots of long conversations between characters, and silent scenes that encourage personal reflection. 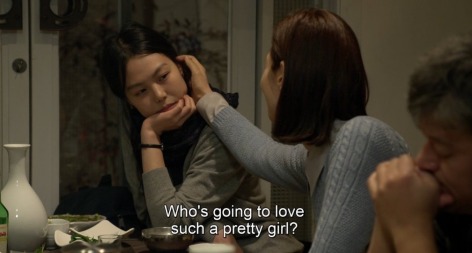 The Taste of Tea offers glimpses into the lives of members of the Haruna family. They’re ordinary on the surface, but each one has hidden depths and strangeness. Aren’t we all like this? Thus, despite the surreal details and bizarrely comical scenes, it all feels as familiar as life. 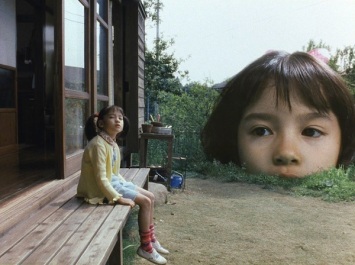 (N.B. That giant version of her own head that appears to the little girl, Sachiko (Banno Maya), would probably be seen by most as a metaphor for self-consciousness or self-doubt or being overwhelmed by life, but I liked thinking of head as literally appearing. We are all struggling with various difficulties and for Sachiko they may include self-doubt or just the garden variety anxieties of a child, but what if these fears took the form of a giant head? Would that make them even harder to deal with? Or would the head simply sum up just how hard growing up is? In the film, the presence of the head seems to allow Sachiko to focus on her fears and find a way to overcome them. Perhaps if our fears assumed a distinct shape instead of remaining unspoken or unexamined, we would be able to deal better.)

A mother who abandoned her children attempts a reconciliation when the kids are grown up. I didn’t think I’d feel sympathy for her, but forgiveness came easily, as the present and then the past revealed that there was more to her than just the mistakes she made as a young mother. (Why does every Japanese film I choose to watch end up making me weep?)

I’d forgotten how much this film makes me cry 😭 It reminds me of the privilege of performing the last offices for patients in hospital. This was something that was important (for me and many nurses I knew) to carry out, especially if I’d spent some time nursing someone. To me, it was the last thing I could do for patients, and their family members.

Tomo (Kakihara Rinka) is neglected by her mother, Hiromi (Mimura), and is often abandoned when Hiromi hooks up with a new lover. When this happens, Tomo goes to live with her uncle, Makio (Kiritani Kenta). The next time this happens, Makio tells Tomo that he has a live-in partner, a transwoman called Rinko (Ikuta Toma). As it turns out, Rinko is just what Tomo needs, offering her the love and tenderness Tomo has never experienced with her own mother.

I thoroughly enjoyed this film. Although it’s idealistic in parts, it’s also realistic in others. I guess the idealistic situations show what could be and that appealed to me because what a bore to only show doom and gloom. Also, happily for a very few, the idealism is real. There are kind, loving and generous people in this world, and it gives me hope to think of them sometimes.

The ending of this film is perfect in balancing what is true with what is desired. At least there is the promise of hope and comfort even if pain is bound to happen.

This film handled a difficult topic with grace and compassion. It was uncomfortable to watch, but the lead, Mei Yakama, was heartbreakingly adorable, making it easy to empathise with the character, and also anxious to stick it out with her.

Yuma is a manga artist with cerebral palsy, molly coddled by her mother (Kanno Yusuzu), and yearning for independence. She’s fortunate, in her exploration of identity and sexual experience, to meet with kindness, which gives her courage and helps her to make the leap to self-acceptance and, ultimately, freedom. It’s hard, but Yuma is not as helpless as her mother thinks she is and her courage is buoyed by friendship and hope.

The sex worker Mai (Makiko Watanabe) and her driver Toshiya (Shunsuke Daito) are just what Yuma needs in her life and I can’t help wonder if she will eventually find love with Toshi — his expression doesn’t just show sympathy, surely. But first, Yuma must come to terms with herself and her relationship with her mother. Yusuzu is superb as Yuma’s mother, making you cringe at her over-protective behaviour yet still understand the worry and fear she feels. As a mother I could totally relate. 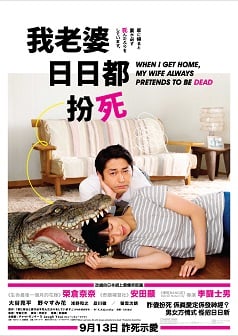 Chie (Eikura Nana) greets Jun (Yasuda Ken) each evening with a scene featuring her death. One day she’s been swallowed by an alligator; the next shot through the head with an arrow, and so on. Once he gets over the first shock, Jun plays along, but is puzzled and somewhat worried: Is Chie upset about something and is this her way of telling him about it? Jun confides in his colleague, Soma who, it transpires, has his own marital problems.

As the viewer, I felt, intensely, Jun’s amusement and then his growing sense of frustration. Chie was harder to read, but her calm and cheerful demeanour seemed to suggest that her actions were no cause for concern. Still, I did wonder if she had some deep-seated issues with death and dying, especially as her mother had passed away when she was just five.

All is revealed eventually and it’s wholly satisfying how both the humorous and sadder aspects of the story made me reflect on the gift of companionship and the potential loneliness of seemingly close bonds. Ultimately, making that connection is a matter of will.

This was unexpected. I loved it — the script, the acting, the portrayal of desperation and loneliness.
Be warned: It features lies, emotional, verbal and physical abuse, bullying, and all the other delightful things that so many relationships are about.

The English title is Lovefucked, which is appropriate when you watch the two actors react to one another. There is chemistry and it’s intense, but it’s a fucked up kind of love, more lust, really, not a shred of tenderness certainly. You get the feeling that they would have stumbled along together, each despising the other more and more with each passing day, if not for what does happen. No spoilers, but that ending (before the film’s actual ending) is melodramatic and ridiculous. Does she (Khushboo Upadhyay) really need to feel even worse than he (Rohit Kokate) has already made her? Or is the scene meant to ensure her release? Perhaps the actual final scene is then inserted to show us that, beyond the shock, there is no misplaced guilt, only relief and a wild delight at her deliverance. However, the audience knows that she does not have the capacity to continue to be good to herself for very long. Not deliverance then, only a short reprieve. 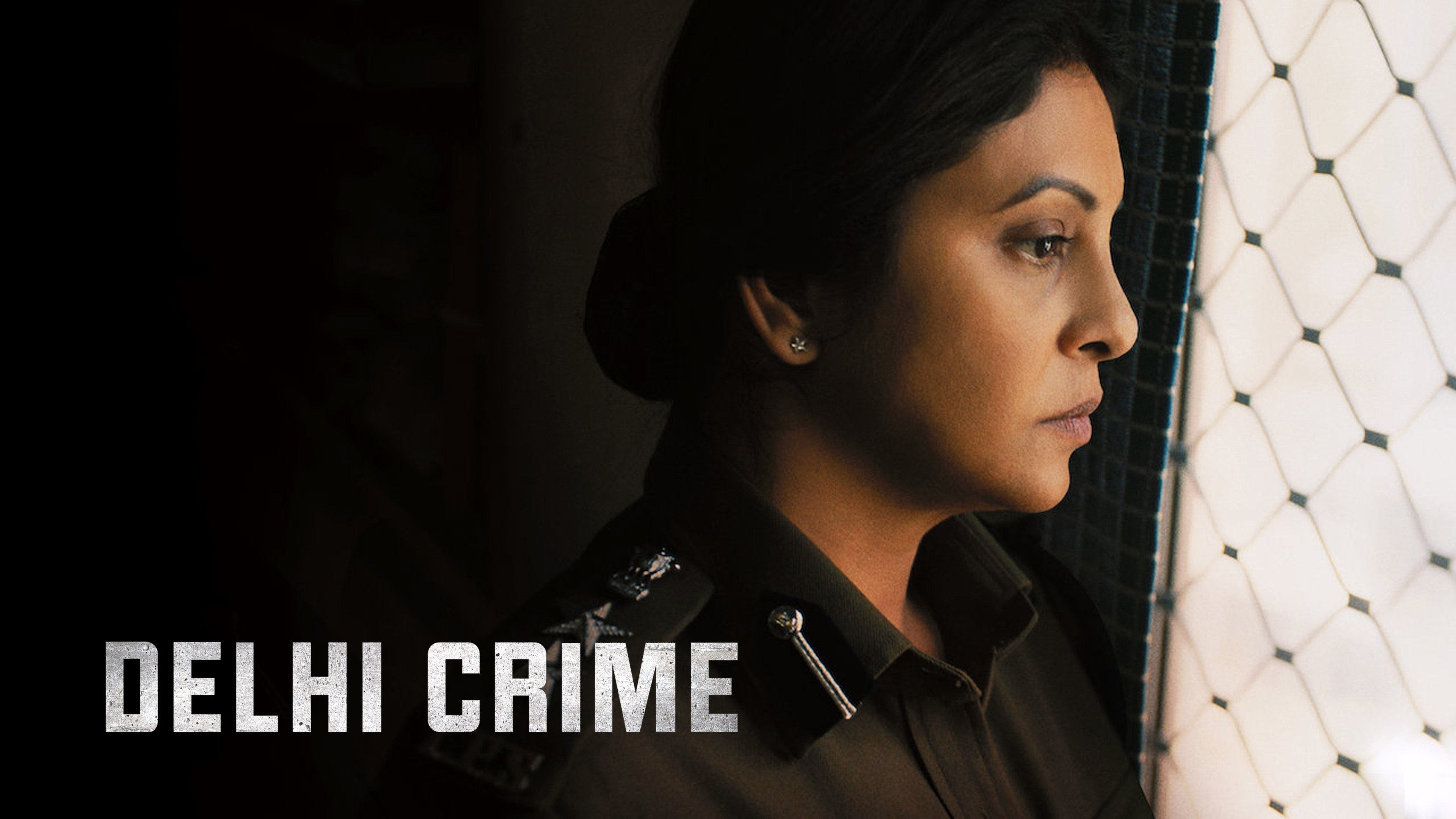 This is the best series I’ve watched this year. I devoured all seven episodes one after the other, and I’m planning a rewatch soon.

It’s so well written, paced, and acted. Even though it’s a police procedural and you know the outcome (based as it is on a true crime), you are on tenterhooks the whole way through, anxiously waiting for what happens next.

I also love that the scant information we’re given about some of the police officers’ personal lives nevertheless allows us to make more of them than just overworked civil servants. I was as anxious for their welfare as I was for the victim of the rape.

And, while I didn’t wish for the rapists to get away with their crime, the way the story was told did allow me to understand and imagine how they’d ended up doing what they’d done.

I hope there’s a second season!