There are some Malaysian topics and issues that need to be written about and not just in the form of essays and articles, but as stories that allow for thorough exploration and interrogation as can only be done through fiction. Hanna Alkaf’s The Weight of Our Sky is such a story, as is The Accidental Malay by Karina Robles Bahrin. It’s no accident that both novels centre matters of race that all Malaysians are familiar with, in one way or another. Hanna’s book is set during the infamous May 13 race riots of 1969. Karina’s is about a woman who is raised Chinese but discovers that her mother is Malay.

Race is a hot topic here; never far from the minds of Malaysians; it’s ever present in our day-to-day lives, and it’s also a topic that we are leery of discussing, especially in public, especially in (racially) mixed company. Karina’s novel is not just about (the Malay) race, but about religion, specifically Islam. In Malaysia, the two could be said to be one and the same as there is no separating being Malay from being Muslim. We’ve all heard of people referred to as having ‘masuk Melayu’ when in fact they have ‘masuk Islam’, i.e., converted. This is because there is no such thing, in Malaysia, as a Malay who is not Muslim. Therefore, you might as well have converted to being Malay if you embrace Islam as your religion. Furthermore, when a non-Muslim converts it is usually because of marriage to a Malay. So, when my children’s Malay classmates ask them what race they are and then add, ‘Kristian?’ their confusion is understandable since, in their own lives, there is no division between the two. END_OF_DOCUMENT_TOKEN_TO_BE_REPLACED 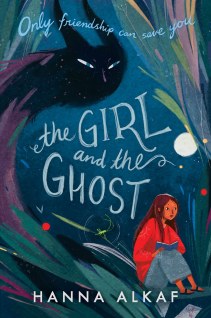 What a gorgeous story. The premise, the telling, the characters: I liked most everything about it. I’d been a little wary because someone had mentioned that it’s about a pelesit who becomes the friend of a little girl. I was wary because pelesit are Malay familiar spirits that are used by their owners to possess victims and I didn’t particularly like the idea of such a creature being turned into a cute Disney-type character. However, my fears were pretty much unfounded. The friendship between the pelesit and the girl is framed in such a way that makes it plausible, natural and even necessary. Also, the spirit itself declares that it is ‘not a character from some childhood tale’, a meta moment that I hugely appreciated. TGATG is a childhood tale, but of course it’s not that kind of childhood tale, the sort that sanitizes the heck out of our stories, wringing out all but their most commercially viable cultural details. END_OF_DOCUMENT_TOKEN_TO_BE_REPLACED