A shorter version of this interview was first published on 22nd November, 2011 in The Star

WHAT stands out for me when I think of Bernice Chauly’s book Growing Up with Ghosts – A Memoir, is the story of her father’s death. It is where the book begins and Chauly’s dreamlike and poetic description of how her three-year-old self deals with the sudden loss of a beloved parent is, for me, the most heartbreaking and compelling thing in this book.

Later, when introduced to the young Bernard – the curious, adventurous trainee teacher, the passionate young lover, the idealistic newly wed – it is my initial vision of him as a loving, devoted father that fixes my attention and makes me want to learn more about him.

His death affected Chauly powerfully, but it was just one of many losses her extended family had to endure. Deep in the heart of the book is the family curse that Chauly seeks to understand. Its almost gothic details, including a pilgrimage to India to visit an ancient snake temple, imbue the book with a sense of mystery and deep, devastating horror.

In our interview (conducted via email), Chauly said the real reason for writing the book was to find ‘the root of the curse’, and understand why all the men in her family died. ‘I grew up haunted by grief, and my grief became a ghost, I had to confront it and finally let it go, she said.

She went on to say that she used ‘ghosts’ as a metaphor ‘for many things – for untold histories, for the voices who lived through difficult times, who were never  heard; for things that scare you, and things that come back to haunt you, for the dead whom I mourned, for the dead that my ancestors mourned, the dead who became ghosts, who were forgotten, who never told their stories and who were never heard, and who never got a chance to exorcise their grief.’

Writing the book, Chauly says, was ‘cathartic in every way’, an exorcism of sorts that allowed her to make peace with the ‘ghosts’ and with herself. The author uses the voices of her grandparents and her parents to tell a story of struggle and of hardship, of hope and of love. Chauly’s own narrative binds the different voices together and represents the link between the past and the present. END_OF_DOCUMENT_TOKEN_TO_BE_REPLACED 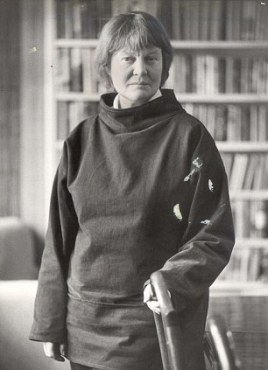 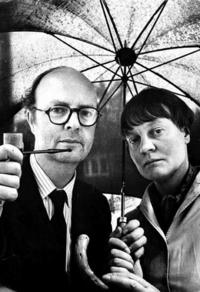 WHETHER you are of the opinion that Iris Murdoch’s novels are full of subtle wisdom, graceful prose and illuminating insight or that her style is deliberately, snobbishly pedantic and ponderous, you still can’t deny that her writing reflects a mind that is at once complicated and lucid, vigorous and tranquil – to be sure, a beguiling if somewhat daunting combination of qualities.

That such a brain, teeming with ideas and bristling with life, should be destroyed by Alzheimer’s disease is something that would strike most of us as particularly unfair, tragic and ironic.

Murdoch was diagnosed with the mentally debilitating condition in the mid 1990s. Prior to her illness she was a scholar and philosopher, an admired and respected essayist, poet and playwright, and the author of 26 critically acclaimed novels. She was also a beloved wife and this fact remained unchanged until her death in 1999.

Elegy For Iris – also available as Iris: A Memoir of Iris Murdoch (Abacus) – allows us a close-up view of the woman, her work, her life and marriage. It is a personal viewpoint – her husband, teacher and critic, John Bayley, is the author and he presents Murdoch as he knew her and saw her.