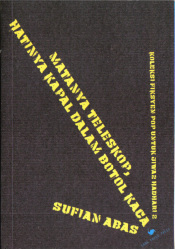 ALTHOUGH HE doesn’t write specifically for adolescents, I think Sufian Abas has the sort of weird and wonderful imagination needed to create the sort of romantic fantasies teenagers would be only too eager to lose themselves in. They would most certainly identify with Sufian’s love-sick characters, his delusional young men and wide-eyed young women, all wandering through a world lit by fluorescent strips and filled with dusty roads, stuffy LRT coaches and gaudy fast food joints. END_OF_DOCUMENT_TOKEN_TO_BE_REPLACED